Italy has 20 primary growing regions, but if you had to award just two wines from all of them as King and Queen, Brunello di Montalcino and Barolo would take the crowns. If you’re a fan of Italian wines, you probably know these two very well.

This age-worthy red wine from Northwest Italy is characterized by its big tannic profile and perfumed aromatics. It is made from 100% Nebbiolo grapes grown in the northwest corner of Italy in Piedmont.

Traditional style Barolo has a big tannic structure resulting from extended contact between grape skins and fermenting juice before being aged in large wooden casks. Legal regulations behind the production of Barolo state it must be aged a minimum 38 months after harvest, 18 of which must be spent in oak. If the wine spends 5+ years aging, it can be labeled as “Riserva” and sold at a higher price. Barolo generally costs more than Brunello, often fetching $60-90 per bottle.

Because of the big tannins, a Barolo could take a decade to soften and enter a prime drinking window. As consumer tastes evolved to prefer more immediately drinkable fruit-forward styles, some Barolo winemakers began shortening the fermentation time, using extended maceration to extract a deeper color, and aging the wine in smaller oak barrels to round out the flavor. Some traditional Barolo winemakers think this modern approach imparts too much oak flavor, which masks the characteristic rose petal notes.

Brunello is made from Sangiovese grapes sourced from vineyards surrounding Montalcino, in the center of Italy near Tuscany. It was the first of 20 Italian varietals to garner official DOCG status.

Traditional Brunello is aged for a minimum of two years in very large Slavonian oak casks, which impart little flavor, but just as modern winemakers did with Barolo, some prefer aging in smaller French oak barrels which adds vanilla/coconut/caramel notes. In addition to the minimum two years required for barrel aging, producers must allow at least four months bottle aging before releasing to the public. It represents one of Italy’s more expensive wines, usually priced between $40-70 per bottle.

In 2008 the controversy behind Brunello styles erupted and some producers were accused of adulterating their wines with non-DOCG varietals. The scandal was dubbed Brunellopoli and as a result the United States restricted imports that didn’t have 100% verifiable proof that Sangiovese was the only grape used in production.

Italians know how to eat, so you can imagine these two wines have a home at the dinner table. Barolo’s delicate aromatics, strong tannins, and bright acidity make it a great choice for lighter colored meats – duck, chicken, veal. It also goes well with lighter pasta dishes and risotto. Brunello, with its darker fruit flavors and pronounced spice, pairs nicely with rich red sauces, braised meats and Tuscan-inspired dishes that use olive oil and vinegar.

Red wine, garlic, and herbs join together in this savory dish, perfect for winter and fall. Get the recipe from Food Network. 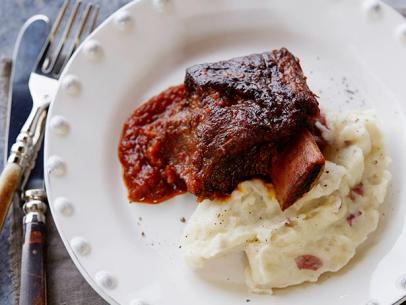 If you’re patient enough to tend to the stove, this simple dish will reward you with its warm and hearty flavors. Get the complete recipe here. 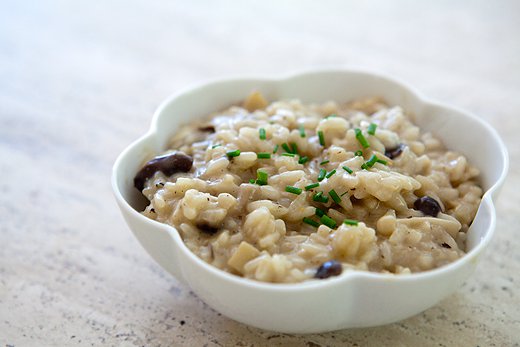 These two varietals are like the super heroes of Italian wine, austere and restrained on one hand, powerful and intense on the other. It’s no surprise they are among our best sellers, and you can bet we have some great vintages en route as a result of our recent voyage to Italy so keep your eyes peeled!

If you aren’t that familiar with either of these two varietals, we encourage you to do some “homework” of your own. However, spending $50+ on an unknown bottle doesn’t always jive. In that case consider the “baby brunello” – Rosso di Montalcino, a DOC wine that was created to allow Brunello producers more flexibility. Good examples can be found for less than half the price of a typical Brunello di Montalcino.