In Montalcino, where the rolling hills yield the world’s finest examples of Sangiovese, there’s one vineyard unlike the rest. There you’ll find twelve loudspeakers blasting classical music across the vineyard all day, every day.

Giancarlo Cignozzi is the man who orchestrated this spectacle at his Paradiso di Frassina estate. So is this just another loony, bone waving type of psuedo-science, or is there more to it? 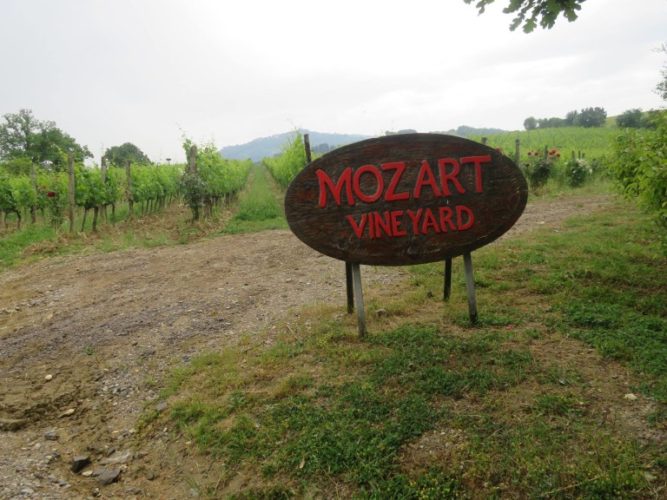 Cignozzi wasn’t always a farmer. He’s actually a lawyer and a trained musician who took over the decaying estate in 1999. From the beginning he decided to farm the vineyard organically, but true to his artistic side he tapped into his intuition and started looking for other ways to support his vines.

“I suppose that the music can improve the life of the humanity, animals too. But why not the plants?” Giancarlo told CBS news. On the surface his theory seems like a loosely formed correlation. 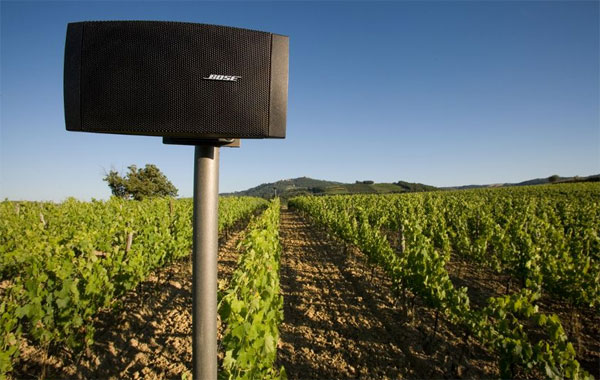 Yet Giancarlo and his son claim to have observed some very real effects. They say the vines closer to the music grow bigger, and lean toward the speakers. “The plants seem more robust. The grapes closer to the speaker have the higher sugar content, so we believe in this idea,” says his son, Ulisse.

Soon after they began the experiment, Stefano Mancuso, a plant scientist at the University of Florence took notice. He’s been studying plant behavior for decades, and suggests the plants might grow toward the electromagnetic frequencies in the same way they lean toward the sounds of running water.

Mancuso also reasons that it’s not the type of music, but the frequency of the tunes that deliver the benefits. He thinks noise in the 100 to 400hz range confuses insects, making them unable to breed, and forcing them into the surrounding vineyards instead. Indeed Giancarlo says they use very little pesticide and fertilizer because they have very few problems with pathogenic pests.

When you think about it, maybe it’s not so far fetched. After all, we buy devices that pump out high pitched frequencies to deter pesky mosquitos and rodents from our homes. Serenading plants isn’t a new practice either. In fact, the popular show Myth Busters explored the idea, and while they didn’t offer much in the way of scientific explanation, they did conclude that heavy metal music seemed to grow healthier, stronger plants. And Science World Report found that certain vibrations helped photosynthesis.

Regardless of whether you’re playing classical Mozart, Snoop Dogg, or Metallica it does seem like this theory holds some water.