You almost need a magnifying glass to find Priorat on a map of Spain. The small region is nestled in rugged terrain in the northeastern part of the country, just south of Catalan. With just under 5,000 acres of vines planted, Priorat produces a measly 1% of what Rioja’s 150k+ acres yield. Despite its small footprint and small production, Priorat wines command huge respect around the world and account for the most exuberant and expensive Spanish wines. 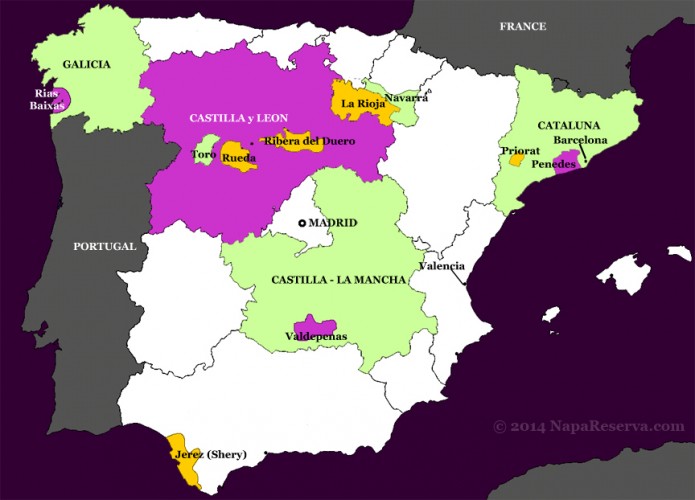 Every great wine region has its own distinct terroir that lends a certain character to wine and Priorat certainly reflects that notion. To the untrained eye, the rugged landscape and extremely steep hillsides hardly seem ideal for growing anything. But cool nights, warm days, and a unique volcanic soil known as “llicorella” combine to make a perfect environment. The soil consists of red and black shale infused with a smattering of quartz that retains the sun’s warmth and adds a mineral edge to the grapes. This unforgiving terrain forces the vines to dig deep in search of nutrients and while the added stress keeps resulting yields extremely low, the grape clusters show off an immensely unique flavor profile.

Priorat is one of two Spanish regions that enjoy DOCa classification – the highest awarded by Spanish wine regulations. The two native varietals grown in Priorat include the red “Garnacha tinta” aka Grenache, and Carignan, but other red grapes like Carignan, Cabernet Sauvignon, Syrah, and Merlot have secured their place in the list of authorized varietals allowed. Four white varietals are also grown there, Garnacha Blanca, Macabeo, Pedro Ximénez, and Chenin, but they make up just 4% of production.

Grenache
Accounting for 40% of all plantings in the region, Grenache displays bold flavors of strawberry, plum, and raspberry with subtle hints of spice. Its thin skins mean it produces very little tannin, and it also lacks acidity, which makes it ideal for blending with other varietals like Carignane.
Carignan
Carignan is the second most prevalent varietal in Priorat. It ripens late and has substantial acidity and tannin, making it an ideal grape to blend with Grenache. In the glass it shows off a rustic, earthy flavor with notes of tart cherry, cigar, and earth often taking center stage.

The rebirth of winegrowing in Priorat

Priorat has a long history of winemaking tracing back to the 12th century Carthusian Monastery of Scala Dei. At its peak there were 12k acres of vineyards planted in Priorat, but all that came to an end in the 1800s when phylloxera invaded the area and destroyed the vines. It wasn’t until the 1950s that locals renewed their efforts to plant new vineyards and start making wine again. By the early 1990s their efforts were garnering big scores from Parker and almost overnight a worldwide demand for their wines emerged.

“Priorat is exciting. It is one of the most obviously terroir-driven wines in the world,” – Jancis Robinson 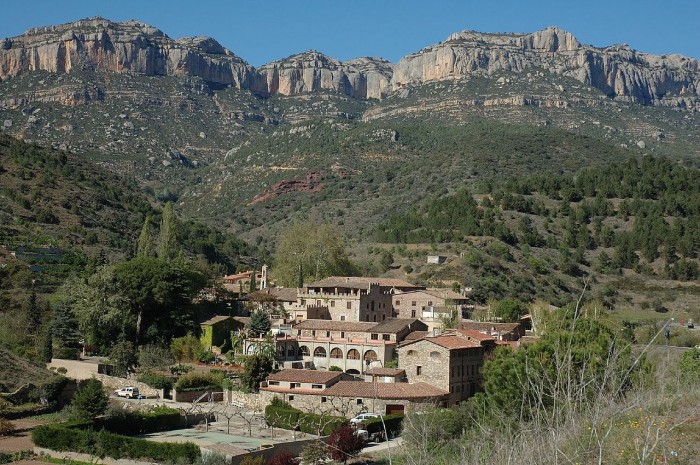 As Priorat wines rose to popularity they were often accompanied by an unrestrained style that favored rich, extracted flavors, high alcohol, and plenty of new oak. But as consumer and critic tastes evolved over the next few decades, producers recruited more skilled winemakers and reigned in their techniques to create wines that show a better expression of the unique terroir.

Among the of acclaimed producers in Priorat, perhaps none have stirred up as much attention as Terroir Al Limit, owned by Dominik Huber and Eben Sadie, who visited the area and fell in love with its potential. They take a detour from the traditional methods in the area, favoring biodynamic farming and opting for whole-cluster fermentation and extended maceration which allow a deeper breadth of flavor to emerge. They also use large oak vats and concrete foudres instead of fermenting in small oak barrels.

Huber chooses infusion and elegance over extraction and power to bring out the full expression of terroir rather than mask it with heavy oak influence.

We recently acquired some of their incredible wines, including the 2012 Terroir Al Limit L’Arbosser, which is made from 90-year-old Carignan vines farmed on a steep hillside. It spends 24 months in large oak vats and shows explosive aromatics, with black cherry, ripe raspberry, plum, and lavender flavors co-mingling with subtle smoky, herbal and mineral layers – a perfect example of the balance between big, muscular flavor, bright acidity, and savory minerality that make Priorat so special. 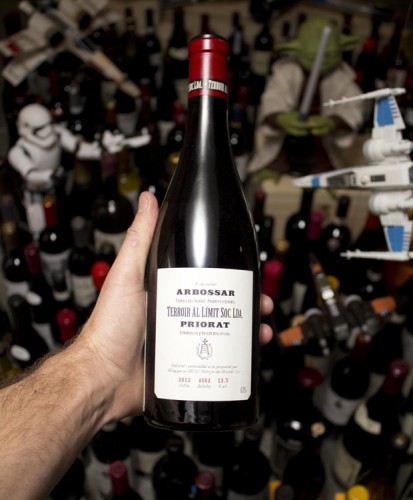 The rapid success of Terroir Al Limit hasn’t exactly been met with open arms in the region and in 2011 vandals broke into the winery in 2011, tipping over several vats and dumping bleach into their wine. Regardless of what some locals think of them, wine lovers from all over seem to love their wines, as do critics.

Thanks to a steady demand from consumers and ongoing praise from critics it’s unlikely we’ll see wines from Priorat fall out of favor. While the high prices are justified by the harsh terrain and intensive farming practice coupled with low yields and scarcity of production, the average consumer won’t be easily tempted to splurge on a Priorat wine…but it’s certainly worth it when you’re looking for something different on a special occasion.