At 107-years-old Antonio Docampo certainly lived a long life. So what’s his secret? Lots of exercise, a healthy diet, or maybe just great genes? None of those according to his son, who claims his father enjoyed drinking four bottles of red wine each day. So much for all those scientific studies suggesting a glass or two of wine per day.

“If he produced 60,000 litres a year he would keep 3,000 litres for himself. He always said that was his secret to living so long.” 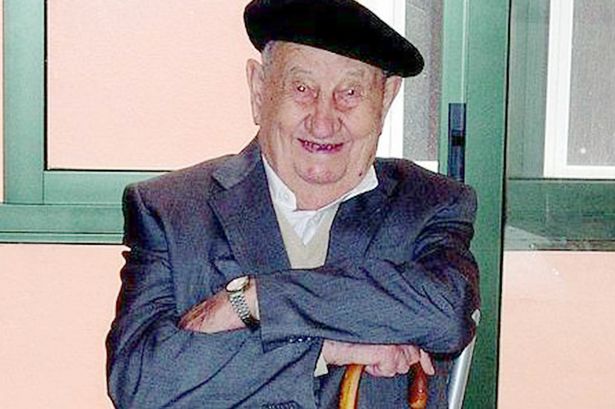 According to Antonio’s son, his father drank two bottles of red wine at lunch and two more in the evening. Every month he downed a whopping 200 liters of wine!

Maybe his good fortune hinges on the fact that he only drank organic, chemical-free wine he produced through his winery Bodegas Docampo in Galicia, which he started in the 1930s after fighting in the Spanish Civil War. Despite his body’s obvious affinity for wine, this approach probably wouldn’t work for most of us. In fact, we imagine most people would black out somewhere between the first and second bottle, and needless to say our lawyers and primary care physicians do not recommend drinking upwards of 200 liters of wine per month.