The urban winery scene has taken off in recent years, and Devin Shomaker is taking things to a whole new level. He lives in New York City, and is the man behind Rooftop Reds, the first urban rooftop vineyard. He graduated from Finger Lakes Viticulture and Wine Technology program and at 20 years old he’s one of the youngest winemakers in the state. 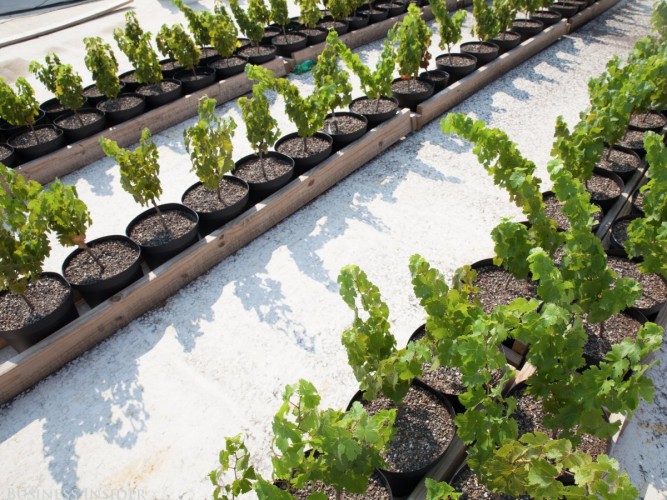 Devin was armed with the knowledge to grow grapes, but he wanted to live in the city. That wouldn’t stop him from pursuing his dream however, and he started by using the rooftop at his brother’s apartment to test a theory that vines could withstand the harsh east coast winter. 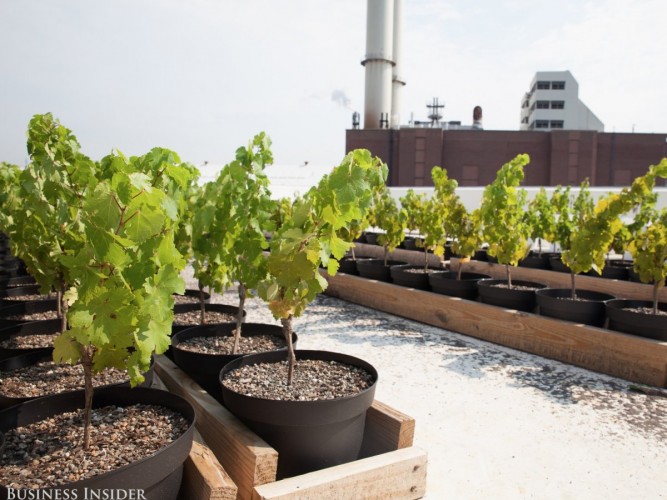 Once he was satisfied that his idea could work he got in touch with Red Hook Winery for some help. They pointed him to Brooklyn Grange, the leading rooftop farming company in the US. They suggested he look into the Brooklyn Navy Yard as viable place to set up his urban vineyard.

“By 2050, 90% of the world’s population is going to be living in urban centers. It’s just absolutely necessary to make our cities more green, otherwise I see the writing on the wall, and not in a fun way. This is not a trend, this is a movement.”

He planted the vines in special soil which he spent two years working on to ensure perfect PH and nutrient availability. Each planter contains 1.33 yards of soil, and allows the vines to go dormant in the winter. 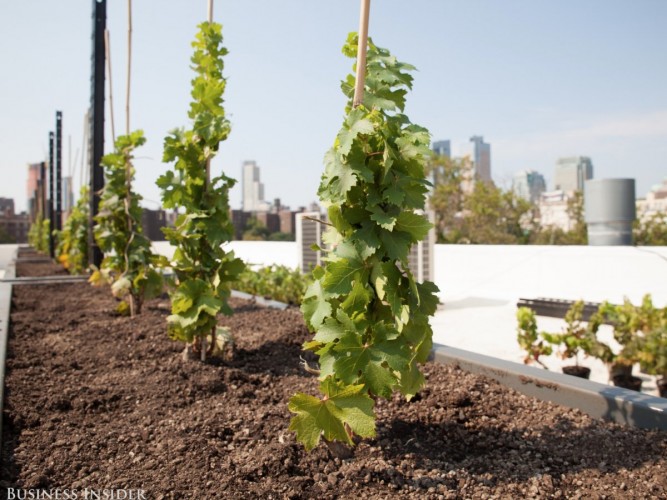 He plans to produce all five Bordeaux varietals at the location and plans to release the first vintage in 2017. In the meantime they partnered with a few Finger Lakes wineries to source grapes for their 2015 and 2016 vintages, which are produced at their location in New York City.