Each of these regions has its own unique terroir that produces completely different wines. In a matter of minutes, you can hop from Pinot Town to Cab Country to Zinfandel City. So, if you’re looking to cover a lot of ground in a short period of time, book your next wine trip to Healdsburg.

Here’s what you’ll find in this wine trifecta.

Sonoma is generally synonymous with Burgundian varieties, but Alexander Valley is the exception to the rule. Sonoma’s warmest AVA is all about Cabernet Sauvignon and while the region, which became an official AVA in 1984, doesn’t quite have the clout that Napa does, many Alexander Valley Cabs can stand up to the best of them made on the other side of the county line. Global notoriety is imminent.

Temperatures can get up past 100 degree Fahrenheit during the hot and dry summers, yet Alexander Valley has a secret sauce that Napa doesn’t: cool Pacific breezes and morning fog from the Russian River (which flows down the valley) and Sonoma Coast that slow down the growing season and give these wines extra, mouth-watering acidity.

The top-producing Cabernets come from vines planted at higher elevations, up to 2,500 ft., on the valley’s rolling hillsides, benchlands, and Mayacamas mountains. These grapes benefit from extra sun exposure and stressed soil conditions and outside of Cabernet Sauvignon, you’ll find other Bordeaux varieties in addition to some Chardonnay and Old Vine Zinfandel.

One of the OGs of Alexander Valley, Robert Young Estate Winery has roots that go back to 1858, when Peter Young purchased this ranch to grow prunes. In 1963, Young’s grandson Robert was the first to plant Cabernet Sauvignon vines in Alexander Valley and the next generation started the winery — and still runs it today. Taste a flight of small lot Cabernets in the middle of a vineyard block when you reserve the Vineyard Experience.

Jordan Winery is a classic, ivy-clad French chateaux that makes two wines: a Cabernet and Chardonnay. This winery does hospitality right, so you’ll want to book one of their incredible wine and food experiences, like the Estate Tour & Tasting, a three-hour, epic gourmet adventure across their 1,200-acre estate.

Although this brand has been around for over 40 years, Silver Oak Cellars represents the modern day Alexander Valley and is leading the way to show the world that premium Cabernet Sauvignon can come from Sonoma County. Enjoy a tasting in their glass-walled barn, surrounded by vineyard views.

While Cabernet may be king here, this 2019 Ridge Zinfandel blend from Geyserville will take you on an incredible journey back in time to old school Alexander Valley (parts of this vineyard are up to 130 years old, which is really, really old for California). It’s also a total steal at $39.95, more than half the price of the area’s prized Cabernets. 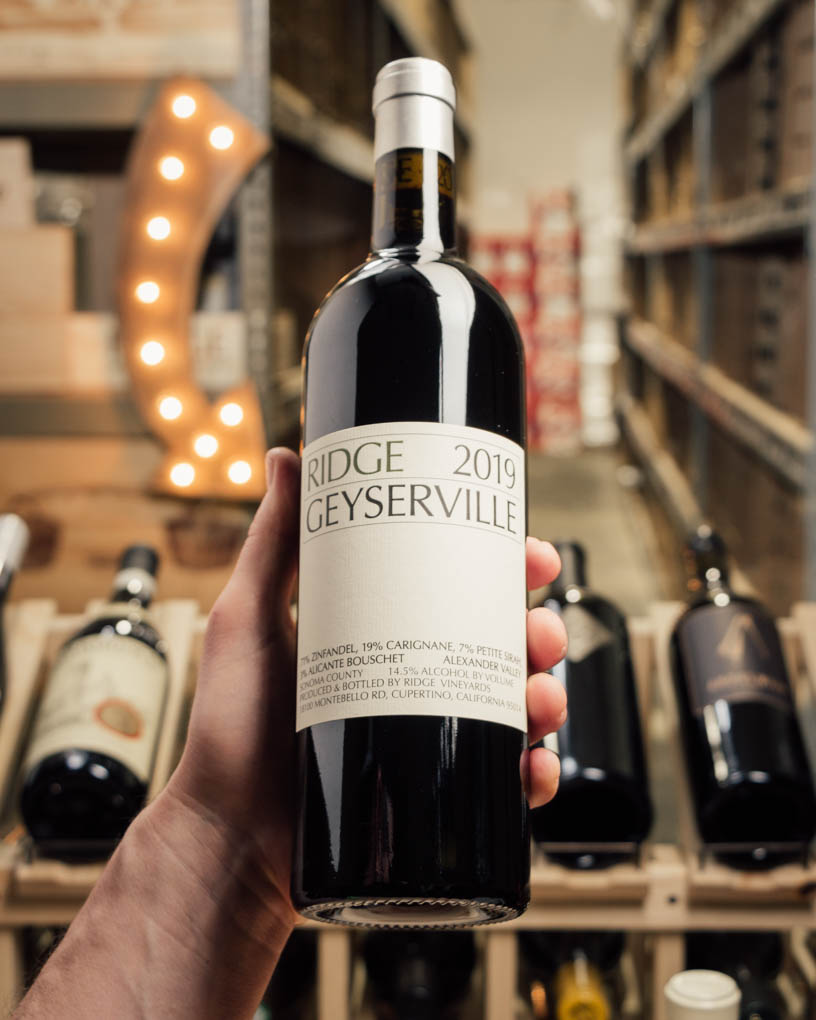 When it comes to Pinot Noir, Russian River Valley might as well be America’s Burgundy. And before you jump all over us, yes, we know that Oregon Pinot has that claim, but hear us out. The Russian River isn’t necessarily most like Burgundy in terms of style, but it is in terms of notoriety. Even if you’re not an expert in California Pinot AVAs, you’ve probably heard of the Russian River.

Though not officially established as an AVA until 1983, the Russian River has some of the oldest grapevines in California. The terroir within the region is also extremely diverse, and thus the local winemakers have taken it upon themselves to divide the Russian River up into five distinct neighborhoods, each producing its own unique style of Pinot Noir.

Set just miles from the Pacific Ocean, the triple threat of cooler temperatures, ocean breezes, and a thick fog that rolls in each morning and afternoon make this region the pinnacle of Pinot perfection. And lest we forget about the Chardonnay (also killer).

The Russian River’s Westside Road is where the region’s most pinotorious producers live (see what we did there?), like Gary Farrell Vineyards & Winery, a Russian River pioneer that’s been in the game since 1982. You also can’t beat the view from their hilltop tasting room.

Because the Russian River Valley is so good at growing Pinot Noir and Chardonnay, it’s an obvious choice for sparkling wine production. J Vineyards & Winery has the goods and their Bubble Room experience (consisting of a five-course meal with pairings in a fine dining-like setting) is one for the books.

If you fancy yourself a renegade, head to the new Aperture Cellars. Wine wunderkind Jesse Katz is challenging the status quo (and making waves) with Bordeaux-focused wines in the Russian River Valley. The tasting room doubles as an art gallery, decorated with Katz’ famous father’s photos from around the world.

If you love California Pinot Noir, you likely swoon at the words William Selyem. This legendary Pinot producer goes back to 1981 and deserves a good chunk of the credit for making this region famous. It’s also not very easy to get in to visit the winery, or get your hands on the wines. Even in 1987, there was a 2-3 year waiting list and today, wines are released twice a year almost exclusively to their member list. Luckily, we’ve stored some away for you to try. 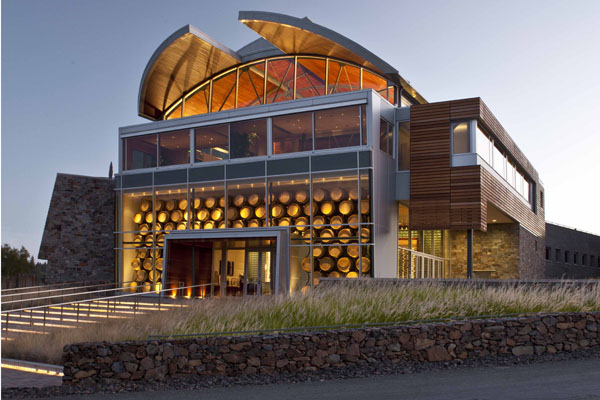 Driving through the bucolic, 16-mile long Dry Creek Valley is like stepping back in time. Most of the wineries on Dry Creek’s country backroads are run by multi-generation farming families that have been growing grapes — and before that, prunes and pears — on this land for a very long time.

Established as an AVA officially in 1983, Dry Creek is known for its Zinfandel and its thick, gnarly, head-trained vines, with some even pre-dating Prohibition. For whites, Sauvignon Blanc is their signature, and you’ll also find a mix of other Bordeaux and Rhone grape varieties, like Grenache, Syrah, and Mouverdere planted.

Bookended by the Russian River and Lake Sonoma, the climate here falls somewhere in between Russian River Valley and Alexander Valley. It’s not too hot, and not too cold. It’s just right — that is, for Zinfandel.

It’s not too hot, and not too cold. It’s just right...
that is, for Zinfandel

Specializing in Zinfandel, Sauvignon Blanc, and other Rhone varieties, Quivira Vineyards is a local leader in organic farming and has incredible gardens to peruse in addition to vineyards. Book one of their legendary farm-to table-dinners if you get a chance.

At just six years old, Reeve Wines (from one of the founders of Banshee Wines) has already established themselves as a somewhat-cult favorite among the California wine community. A tasting at this family operation is chic and chill and feels like you’re visiting old friends.

Lambert Bridge is a great spot for a casual wine country picnic. For $30, you can purchase a curated picnic basket and then buy additional wine (their bottlings range from Sauvignon Blanc and Chardonnay to Zinfandel, Cabernet Sauvignon, and Malbec) to sip with a group of friends. They also have one of the best wine clubs around if you’re looking to join a new one.

Ridge was a major player in the 1970s Zinfandel renaissance and this 2018 Ridge Lytton Springs — made from 115-year-old vines, mind you — is as classic as it gets in Dry Creek Valley. Plus, it snagged two 96-point scores for its highest rating ever. 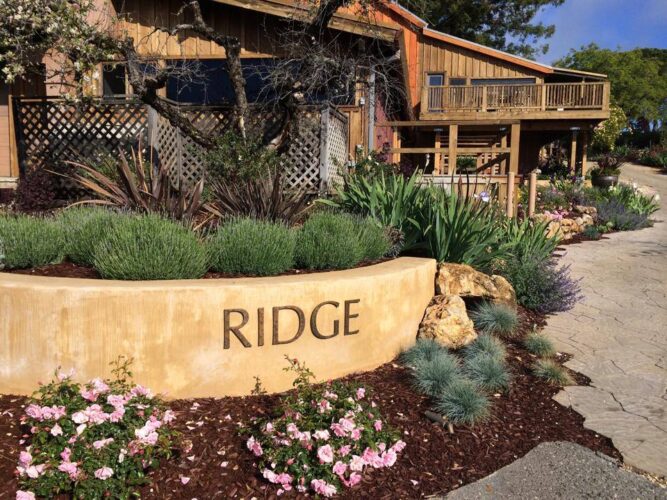 Base yourself in Healdsburg at the brand new Montage, an incredible resort featuring two pools and a spa, top-notch restaurant, and modern bungalows with views abound, private decks, and in some cases, an outdoor shower. Save a little time to break from wine tasting and float, kayak, or canoe down the Russian River. There are a slew of fantastic restaurants in and around Healdsburg Plaza, like Valette, Barndiva, and Dry Creek Kitchen, but we recommend splurging on what’s guaranteed to be one of the best meals of your life at the three Michelin Starred SingleThread. 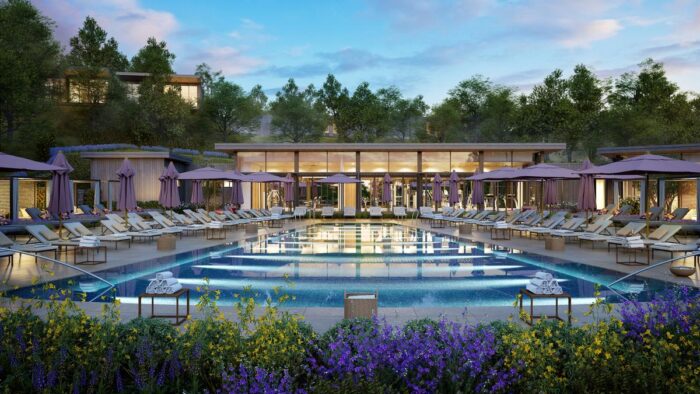