Get down on Napa’s most deliciously decadent hidden comfort food 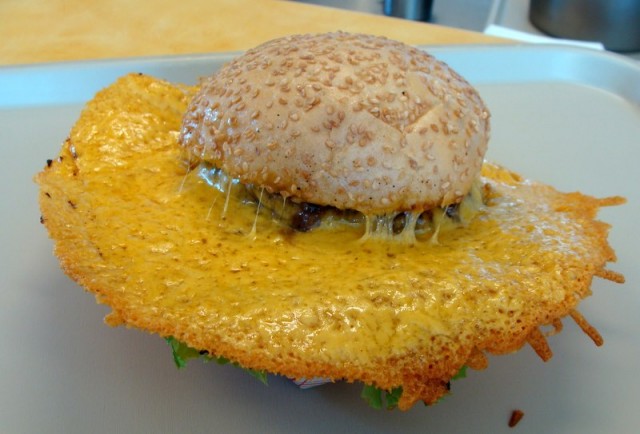 Anyone visiting this mecca of wine we call home probably knows about the abundance of tasty fine dining options. Most tourists score reservations at prestigious restaurants where things like “mostarda” and pig’s head terrine make regular appearances on the menu. That’s perfectly fine and delicious. But after a long day of wine tasting, sometimes you just want to curl up with something more low key, hearty, and filling.

These are some of our favorites.

Anyone who tells you they don’t like grilled cheese should not be trusted. Melted takes this universal favorite to a whole other level. Actually sixteen levels to be exact, each one layered between a deliciously savory waffle. You can’t make a wrong choice here, but for supremely excellent choice try their “Pigs on the wing (part 1)” which includes gruyere, asiago cheese, black forest ham, baby arugula, and chive aioli. 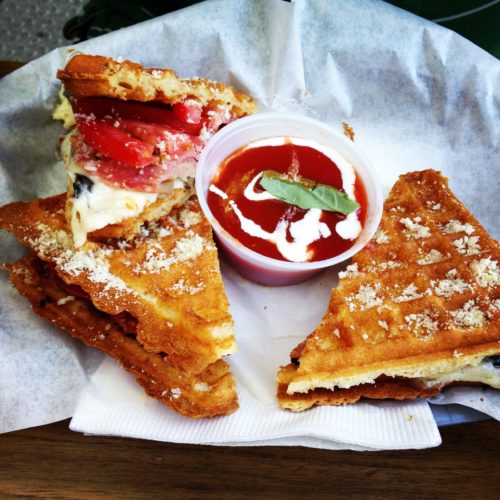 If you’re in downtown Napa, consider skipping the dessert wherever you eat. Instead, take a short walk along the riverfront to Frati Gelato. Some people might suggest you visit Three Twins for ice cream. They’re wrong. Frati blows them out of the water. Not just because they have gelato, which is superior to ice cream in every way, but also because they have better flavors. Animal cookies, Irish cream, and banana cream pie to name a few of the 16 or so choices available. This stuff is softer than a baby’s butt and richer than Warren Buffet. They also have a nice selection of tangy, sweet sorbet if you’re into that sort of thing. 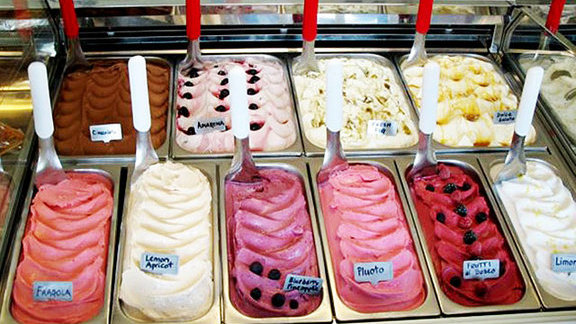 This is a relatively new spot, located in a nondescript plaza on the southeast side of town. They have a small, but killer breakfast and lunch menu featuring locally sourced, farm-to-table style dishes. Pretty much everything is great – especially the pork belly hash special. And if you happen to be in town on the first Friday of the month, you might be able to score a bucket of their incredible fried chicken.

But that’s not why we included them on this list. No, what you’re looking for when you enter is a tray of perfectly fluffy, melt-in-your-mouth, salted caramel donuts. You might think $3 apiece is pricey, and you’re correct. But they’re totally worth the premium. 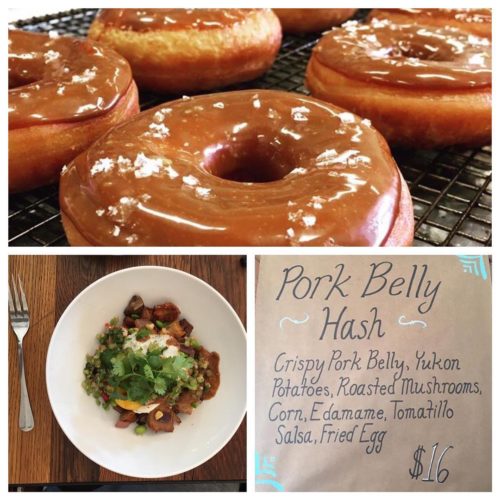 As a local, finding a good brunch spot can be tough. Most Sunday’s they’re all completely blown out with tourists. I hesitate to even include Fume on this list. In fact, you should probably just head to the Fremont Diner and wait 1.5 hours for a table like everyone else.

The entire menu is filled with delicious options but you’re going to look for two things specifically. One is the extensive selection Bloody Mary’s – habenero, whisky, citrus and bourbon to name a few. Second is the biscuits and gravy, which includes two massive cheddar biscuits, drenched in creamy sausage gravy, with a side of home fries and caramelized onions with two eggs (over medium please). 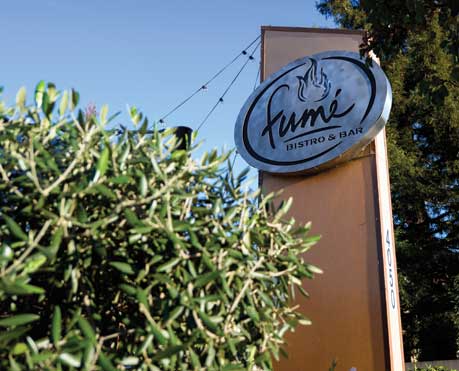 A corner liquor store isn’t where you normally look for a tasty authentic Italian meal. But Val’s Liquors in downtown Napa is no normal liquor store. We’re talking about malfatti, a pillowy soft sort of gnocci-meets-ravioli concoction served in a rich meat sauce. Homestyle to the max, bust-your-gut good. Pro tip – bring your own container and you’ll save a few dollars – just make sure you tell them on the phone if you call the order in, otherwise you’ll still get charged.

This pick might be a little bit controversial to some locals. That’s because there’s another joint in town at another liquor store (that shall remain nameless) with nearly identical offering. Napa locals have strong allegiance to one or the other – but never both. 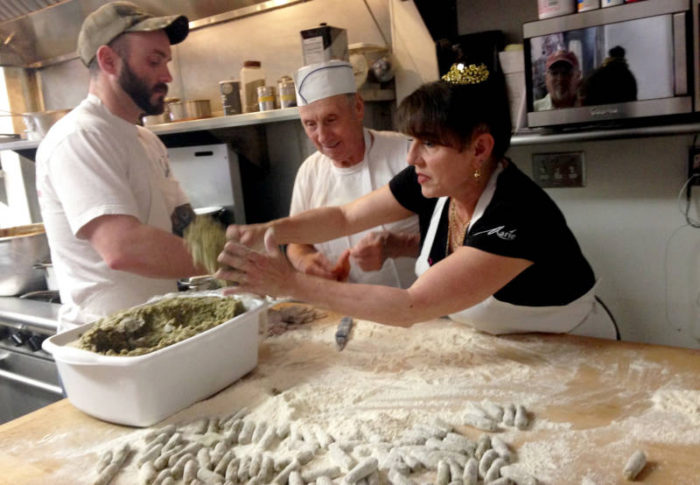 In-n-Out is great but it’s all about the Squeeze play if you’re in town. Just look at that ridiculously mouthwatering creation to the right – a ring of perfectly griddled, artery-clogging cheese orbiting a pillowy soft bun hiding a juicy beef patty, overflowing with toppings. If you’re going to consume one of these greasy, calorie bombs I think you should go all in and opt for some jalapenos and bacon to really set it off. Don’t miss the hand cut french fries either!

Sure, you can and should go to the Michelin starred places when you come to town. They’re amazing. But if your bank account is feeling the strain from buying too many cases of wine, or you’re just in the mood for something a little more casual, you will not have. 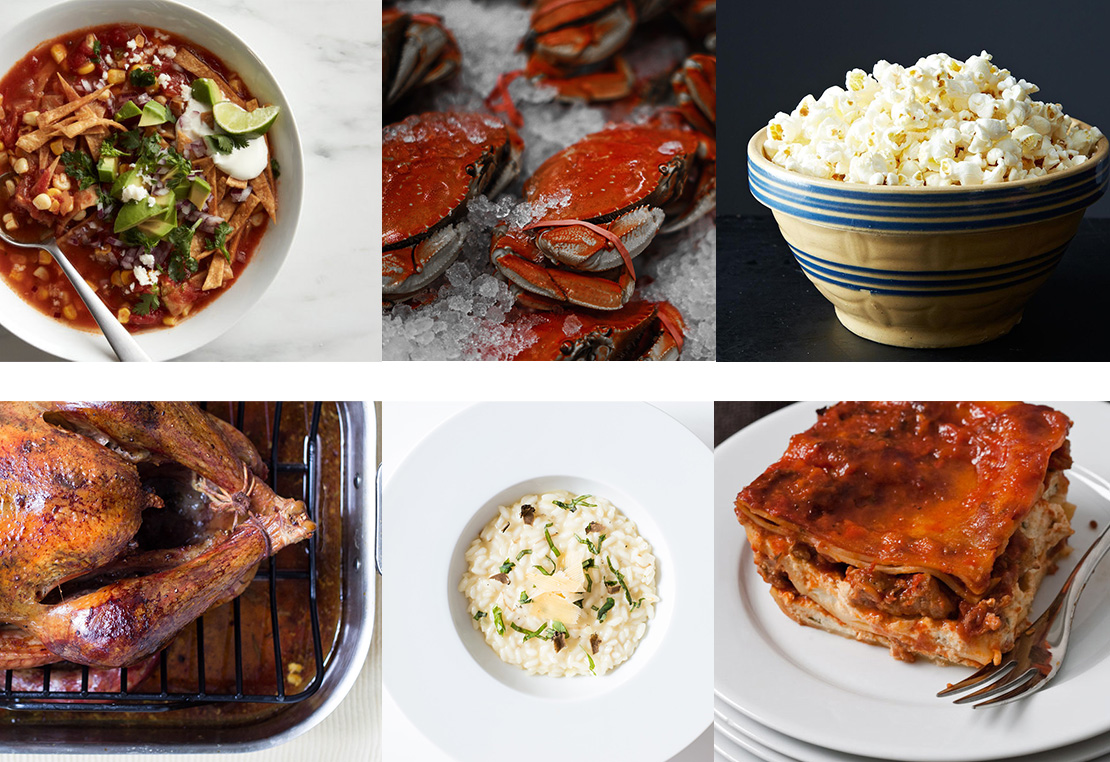 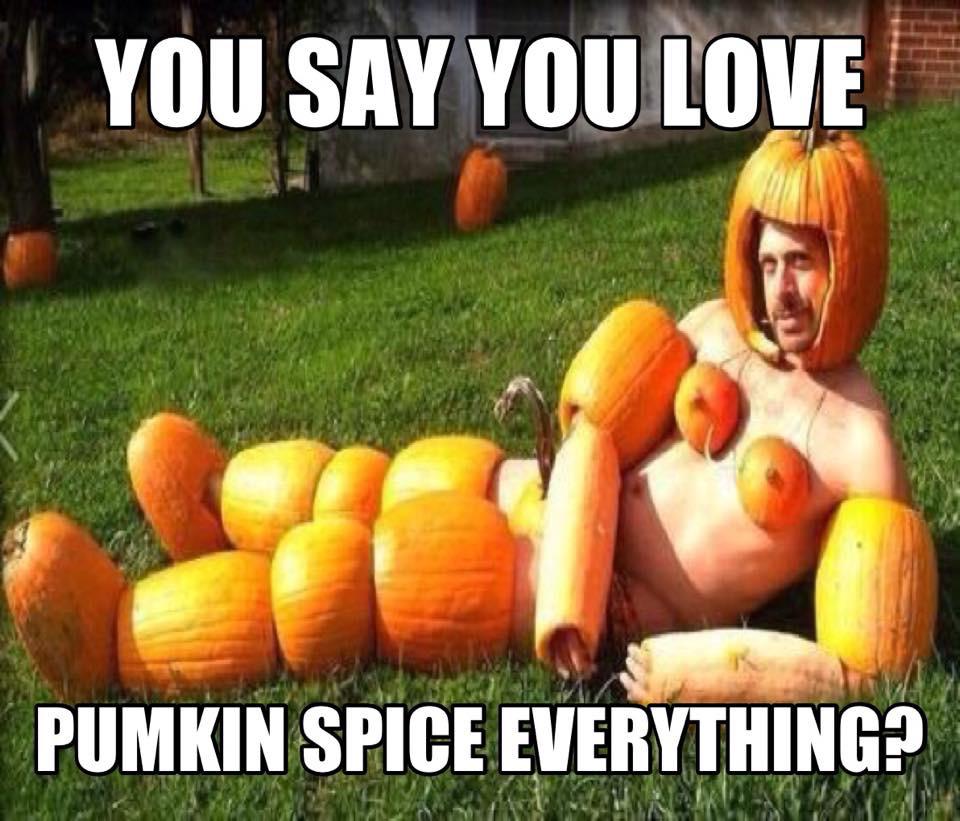 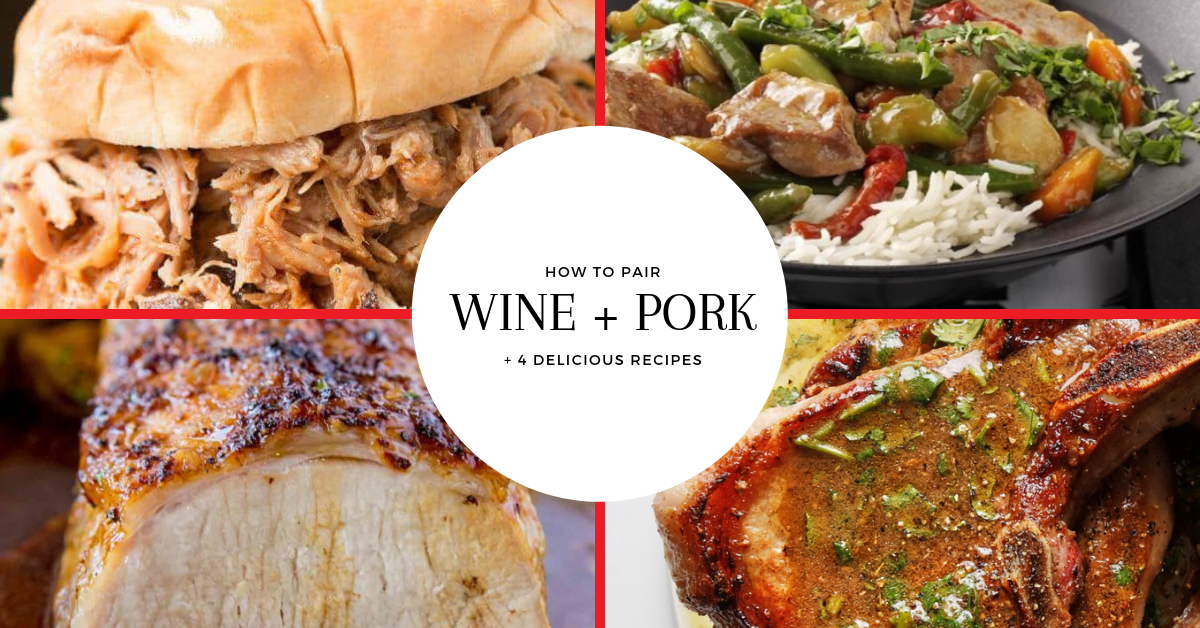 How To Pair Wine With Pork (+4 Delicious Recipes) 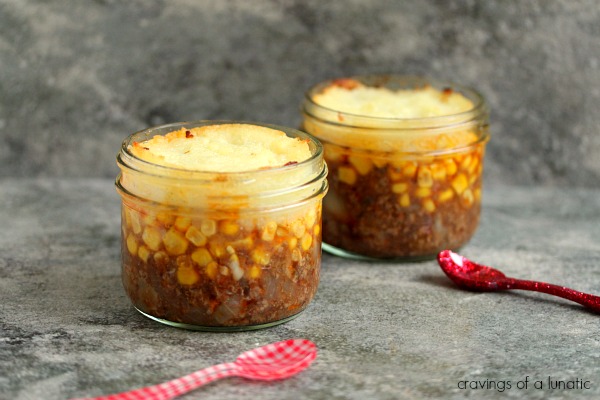 5 Delicious Meals In Mason Jars You Can Make As Gifts