Forget the Olympics, these are the booziest running events in the world 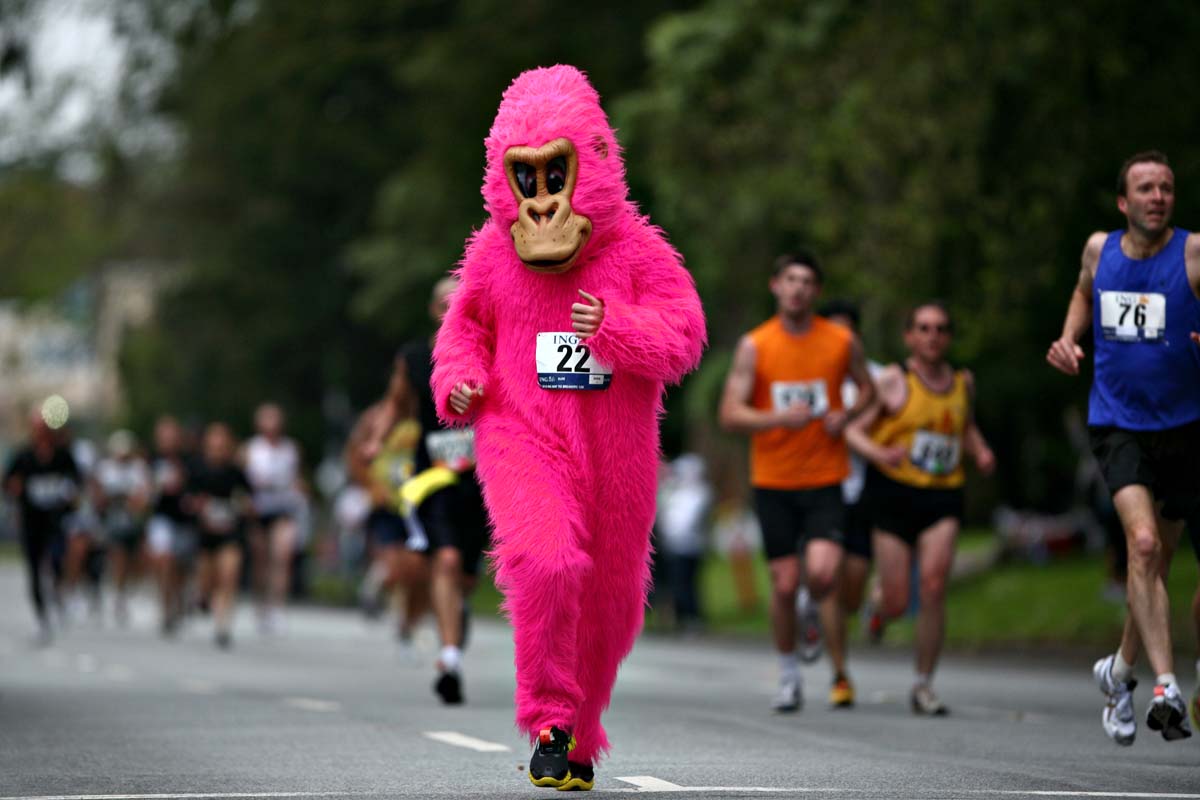 Friday marks the start of the Olympic games, but just yesterday history was made at a unique race favored by elite runners from around the world. Even Usain Bolt is unlikely to topple the new world record set by a young Canadian who posted a 4:34 mile, and yet this race will never become a qualifier for Olympic events.

The “Beer Mile” is a true American export, as original as Pabst Blue Ribbon. Please don’t confuse it with the UK’s “Chunder Mile” where competitors must down an imperial pint (19.2 ounces) every lap, or the Wild Turkey 2-mile, or even the 4 x 40 oz. There is only one true Beer Mile.

Legend has it this event began twenty years ago at a small New England fraternity during rush, but its true origins are foggy.

“It’s “invention” was not dissimilar to the invention of calculus, where it was rumored that Gottfried Wilhelm Leibniz and Sir Isaac Newton developed the notion independent of each other in the late 17th century. Like calculus, the concept was not necessarily an invention, but more of a discovery.” 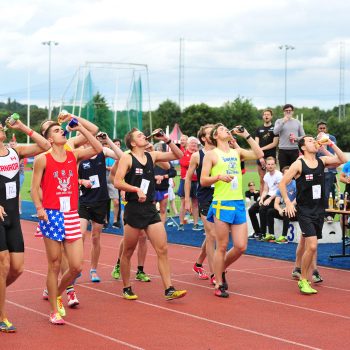 On your mark, get set, CHUG!

The goal? Sprint 400 meters into a “chug zone” and then pound a can of beer. Repeat three more times to complete a mile.

Strict rules apply. The beer must be above 5.0% ABV. Shotgunning cans is strictly prohibited. Hard cider is a no go. As you can imagine, all that jostling and movement tends to excite the carbonated mixture and anyone who can’t keep it down must incur a penalty lap if they can’t keep the beer down. Excessive spillage during consumption can also get you disqualified.

You can tell we’re approaching the peak of a modern performance era given the tight competition and absurd times posted. The sub-5 minute realm is where true heroes are born and just yesterday Corey Bellemore toppled the world record. The 21-year-old Canadian completed the event in a blistering 4:34 and besting his own personal record set just a few days earlier. The current world record for women is held by Beth Herndon who finished in 6:17.

If you want to check it out, here’s a video of the event held in London or you can visit Beermile.com to get all the details.

If the Beer Mile sounds too working class for your tastes, consider the Medoc Marathon. France takes the high road for inebriation-fueled running events and with 23 stations loaded with wine and food, these runners are truly in it to wine it as they job past some 59 prestigious properties in Bordeaux. Along the way they’ll trade energy gels for pain au chocolat, oysters, steak, and ice cream. 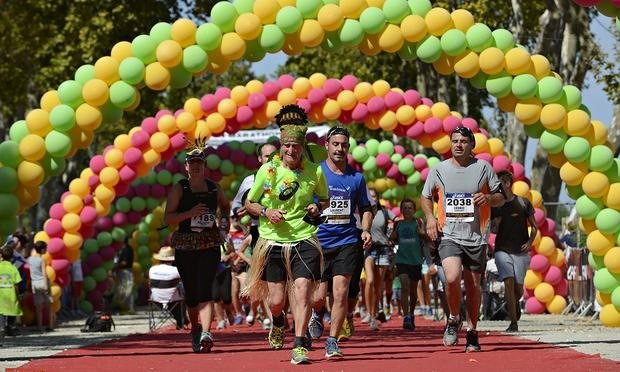 The Marathon du Medoc is not for those with weak stomach. Photo: AP

Mile for mile, this might be the booziest race around and with roughly 10,000 annual participants it’s definitely the largest. This annual event combines “wine, sports, fun and health” (strangely they omit “profuse vomiting” from the description) . Each year there’s a different costume theme, like “Sci-fi” for example, and runners are encouraged to get creative with their outfits.

Luckily, a man whose costume consists of a toilet roll secured to his head reminds me. “Imodium,”

The 26.2 mile long block party does have a few rules, though people seem to adopt a laissez-faire attitude to actually completing the race in the 6.5 hour time limit. The good news is the raw oyster stop doesn’t come until mile 23. That leaves just a few miles to keep the bivalve and Chardonnay mixture down.

Each year on the third Sunday in May people flock to the Northeast side of San Francisco with their kegs in tow. It began as a way to lift spirits after the devastating 1906 earthquake, and for a while it was the world’s largest footrace with more than 110k participants. 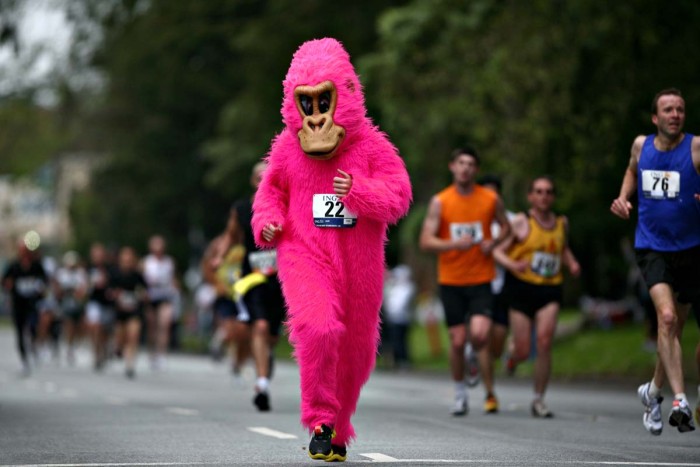 Today it’s more about celebrating the freedom of self expression. And drinking. Lots of drinking. Most of the runners wear costumes, although a good many prefer their birthday suit. The crowd here is less focused on setting records, but the race does attract a small number of serious competitors. 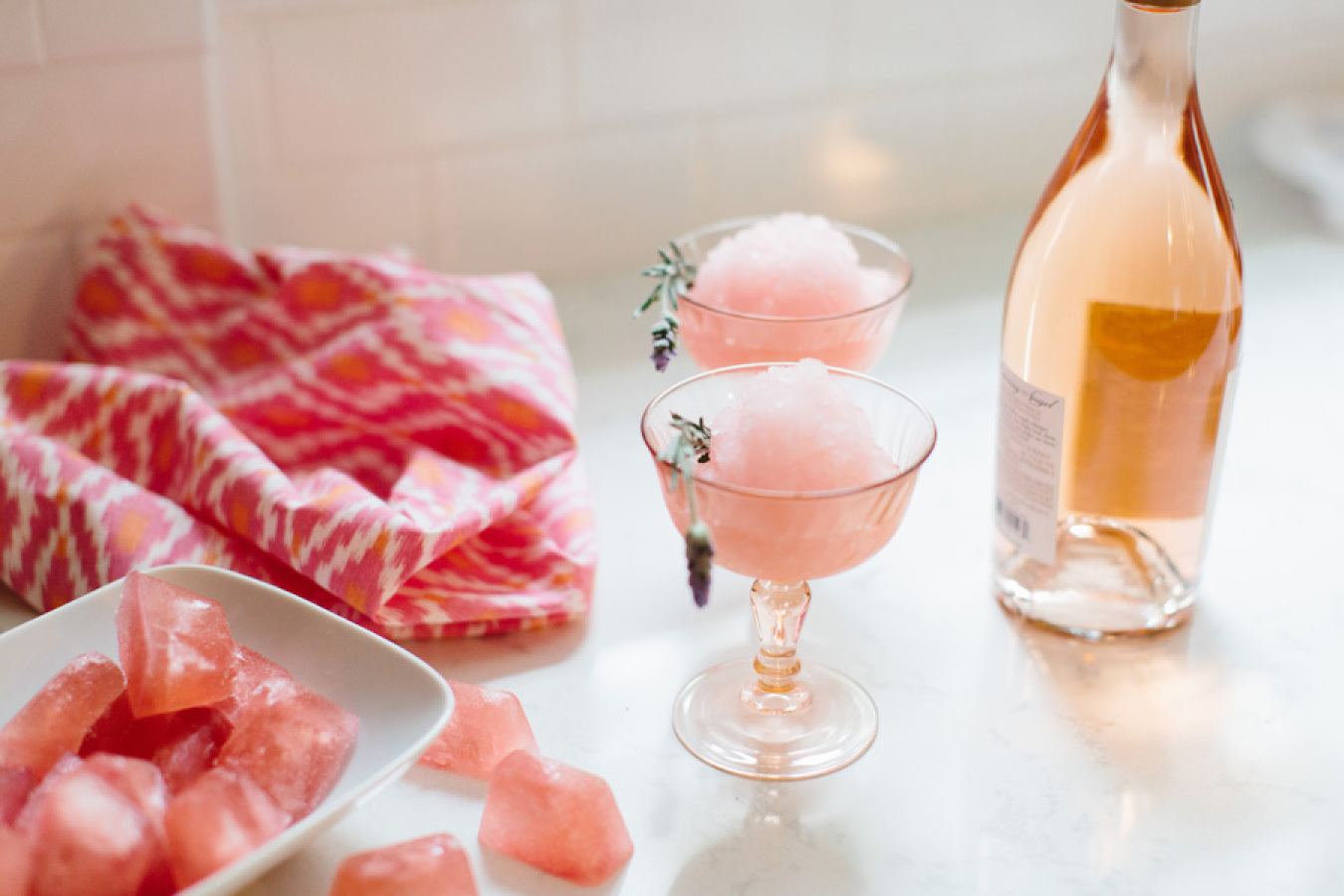 10+ Tasty Wine Slushies You Need To Make This Summer 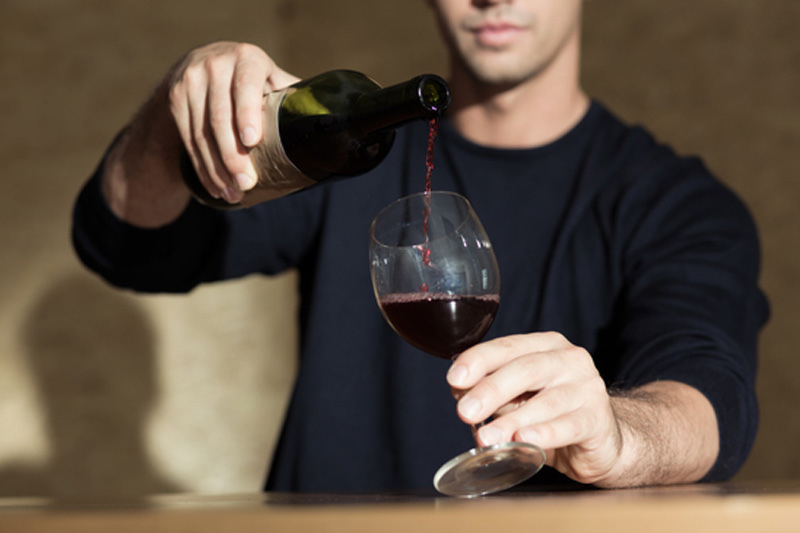 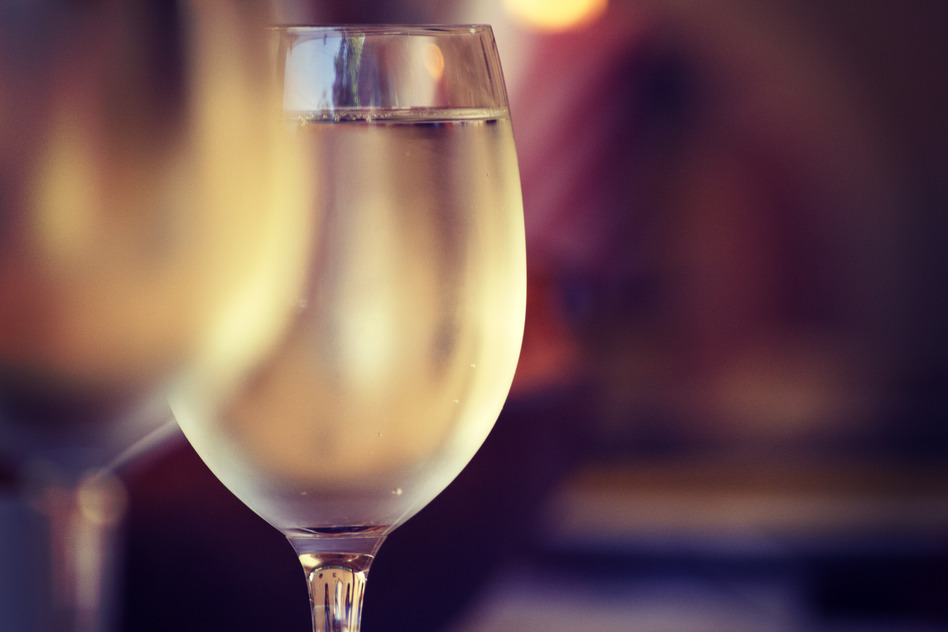 Quiz: Can We Guess Your Favorite Style Wine? 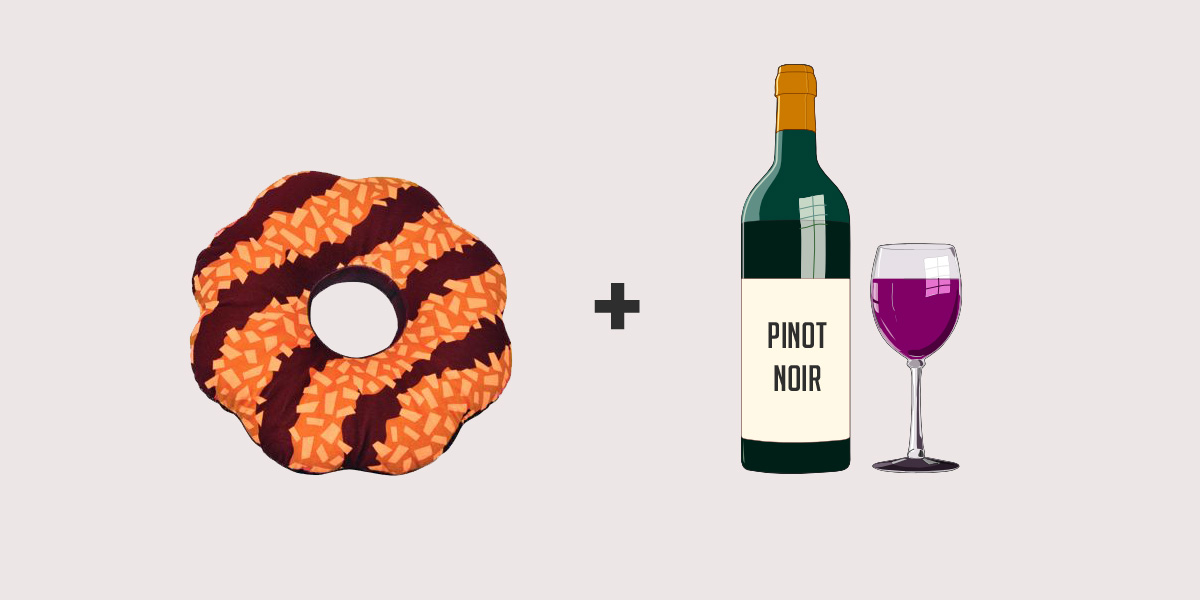 A delicious guide to pairing wine and girl scout cookies