Cabernet Sauvignon is the Alpha Grape

Cabernet is the Alpha, the big dog. Many people say “Cab is King.”

Cabernet Sauvignon is a dominant force in the wine industry and the most popular choice among US wine consumers. Not hard to see why.

Cabernet Sauvignon originated in the Bordeaux region of France in the 1600’s. Eventually researchers at UC Davis concluded it was made by crossing Cabernet Franc and Sauvignon Blanc. Whether this was done intentionally or not is debated.

One thing not up for debate? The resounding success of this creation.

Cabernet has long been the headlining grape variety in Bordeaux, where it thrives, especially in the gravely soil of the left bank. It’s relatively easy to grow, with thick skins, a strong tannic backbone, ample fruit, and the ability to age elegantly for many years. It also develops a number of nuanced secondary flavors and aromas after spending some time in oak.

All this is to say, it’s a well endowed wine. 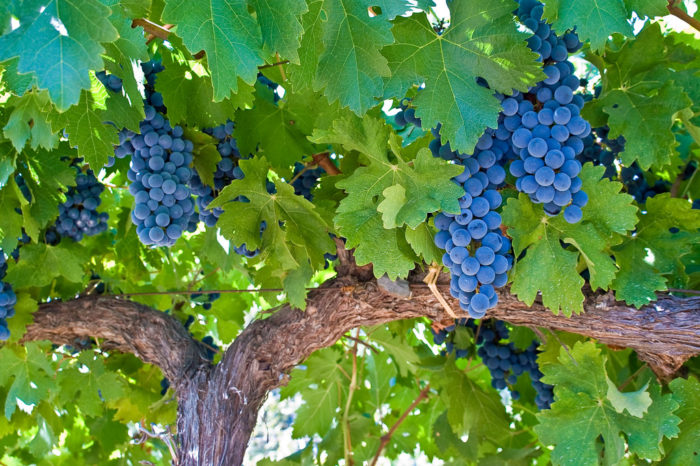 Cabernet is fairly easy to grow. Photo via Flickr.

As one of the most widely planted grapes in the world, Cabernet Sauvignon is subject to a variety of styles. Certainly that’s part of its wide appeal; anyone can find one that suits their palate, from a fresh, lightly oaked version to a super extracted style dripping in sweet oak.

In general, these styles can be split between new and old world.

Old world Cabernet shows a more rustic personality, where the ripe fruit profile takes a back seat, and more pronounced charcoal/slate, green pepper and earthy notes ride up front. This style is generally associated with cooler climates like Bordeaux, but again, winemakers can exert a certain amount of influence over the end result.

Today we take it for granted that California produces some incredible cabernet. Yet for decades people discounted their wines as as inferior, better suited for large jugs and immediate enjoyment by less sophisticated folks, to put it nicely.

Then the “Judgement of Paris” happened and everything changed.

Today California cab represents the New World style, with a core of lush, ripe fruit, softer tannins. They’re easier to enjoy young but still retain magnificent ability to age gracefully for many decades. In Napa, where Cabernet is the most widely planted grapevine, it also fetches the highest price, sometimes exceeding $20,000 per ton!

These two very popular grapes are often confused by newcomers to wine.

They do share some similarities, but in fact, they’re quite different. Cabernet Sauvignon is more aggressive, tannic, and structured, while merlot shows a softer, plush personality with less tannic grip, more generous fruit, and a stronger profile of cocoa. Cabernet is usually drier than Merlot, which is often perceived to be a touch sweeter than Cabernet.

Cabernet is not exactly a beginner’s wine. The boldness can be intimidating to some. Cheap cabernet doesn’t usually do the grape justice, and leaves you with a bad impression.

Cabernet is a full-bodied red wine, with moderate acidity and great aging potential. Overall dark black cherry, blackcurrant, vanilla, tobacco, new leather, and black pepper are some of the primary flavors and aromas you can expect to find in a glass of Cabernet. Secondary flavors might include hints of oak, olive, plum, mushroom, and red currant. 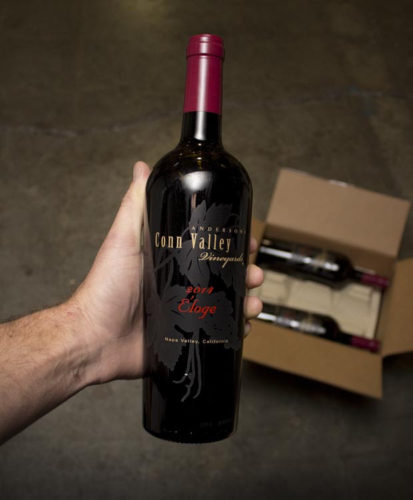 Cabernet is a perennial favorite here at Last Bottle, thanks to its generous fruit, long aging potential, and depth of character.

There’s also a rather distinct flavor often found in Cabernet – green bell pepper. This comes from pyrazines in the grape, which can vary depending on the ripeness, but are almost always present in some small amount. Cabernet from cooler regions like Bordeaux show more prominent vegetal or “green” notes.

Some cabs, like those made by Napa’s Heitz Cellars, are well known for their minty/eucalyptus notes. This isn’t as common, but in places like Pauillac, Washington State it seems to be more prevalent.

While France may have given rise to Cabernet, plenty of other regions make it their star player. In Italy Cabernet lays the foundation for their powerful “Super Tuscan” style wine, combining forces with Sangiovese and Cab Franc. In Spain they often blend it with Tempranillo. Chile has some excellent, fresh, fruity examples as well.

And of course, California Cabernet is perhaps the best definition of new world style.

Over the past few decades Cabernet has risen to take the #1 spot as the most planted variety in the world. In total, there are more than 650,000 acres of cabernet growing around the world. France, Chile, the US, Australia, Italy, South Africa and Argentina make up the largest holdings of cabernet.

It does well in warmer climates, and needs a long growing season thanks to it ripening later than most other grapes. California provides the ideal home, where it sees plenty of warm days and very little rainfall.

Outside California, the most sought-after Cabs come from Bordeaux’s left bank. Cabernet from Bordeaux endures a different life. There the weather is less predictable, and it’s often harvested a little earlier, yielding a less ripe, higher acid version.

Cabernet Sauvignon is quickly growing in popularity in Argentina, Chile, and New Zealand. Not only is this grape being planted because of consumer popularity but also because of its ability to grow in a wider variety of climates and regions and tends to ripen later than other grapes, making it easier for growers and winemakers to harvest if they have multiple varietals in their vineyards.

Cabernet Sauvignon and food go together like a ’64 impala and hydraulics. Truly an excellent and versatile food friendly wine. Especially does well with fatty meats, where the tannins can bind to the fats, and rich, hearty pastas. From filet mignon and sirloins down to hamburgers, wings lasagna and bolognese. It also plays nicely with salami and aged cheddar or gouda.

Great cabs worth seeking out:

He must not be checking our Insta Stories... 👀

We'll still be your friend, though. #winetime #la

How the magic happens. #behindthescenes #lastbottl