Gamay is a basic but delicious red wine

Gamay wasn’t always a fashionable grape. In fact, for a period of time it was downright disrespectful to bring a bottle of the stuff anywhere near someone who appreciated wine – especially if you were the Duke of Burgundy. The animosity toward Gamay extends way back to the 14th century, when the Duke of Burgundy straight up banished it from the region, calling it “despicable and disloyal”.

Yea, he was definitely NOT a fan of the grape. 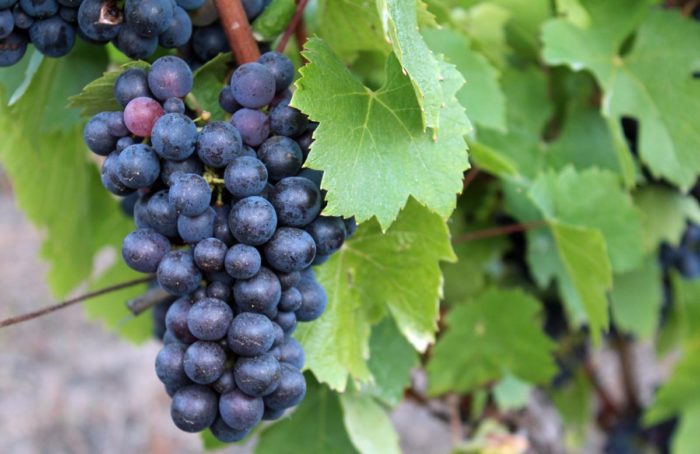 Once upon a time, Gamay was mostly associated with cheap Beaujolais Nouveau, a light, playful wine released in the fall, just months after harvest. While not a bad afternoon quaffer, Beaujolais Nouveau hardly inspires any sort of deep thinking or revelations when you take a sip.

The grape was also the victim of overzealous modern winemaking techniques – widespread chaptalization, adding sugar to the juice to boost its alcohol levels, and manufactured yeast strains which added a fake bubblegum type note. While these strategies might appeal to the lowest common denominator of wine lovers it was a serious turn off for anyone halfway serious about wine.

Lately however, the grape has seen a resurgence in popularity thanks to some much higher quality offerings. Today it’s being called the sommelier’s “secret weapon” and s widely recognized as a food-friendly grape, capable of expressing terrific dimensions of terroir and purity of fruit. They favor its accessibility for all shades of wine lovers. As an added bonus, it rarely leaves a big dent in the wallet, and it offers a lot of reward with minimal financial risk.

How did that transformation from lowly, reviled and banished grape happen?

First, growers and producers actually started treating it with respect. And not just in France. Hip upstarts like LoFi wines and Edmunds St. John debuted stellar examples here in the US. Sometimes it’s blended with Pinot Noir, a style known as “passe tout grains”, which frames it in a familiar and popular flavor profile.

Napa Gamay?
For a period of time there was a grape called ‘Napa Gamay’, which was thought to be Gamay. After some genetic analysis, they figured it’s actually the Valdeguié grape variety.

While the Duke of Burgundy clearly favored Pinot Noir, the ironic thing is, a well made Gamay shares much in common with the crown jewel of Burgundy. It’s light bodied, boasting bright fruit flavors of cherry, cranberry and raspberry, maybe a bit of earthiness and spice, or crushed rocks to round out the complexity. If the winemaker employs carbonic maceration, you might even find a touch of banana in the mix.

Next time you’re looking for a fresh and fruity red that doesn’t break the bank, keep Gamay in mind.