Understanding the many faces of Chardonnay

Chardonnay is one of the most divisive wines in the world. It’s also the most popular. Naturally when you’re the most popular of anything you attract a lot of people on both sides of the fence.

Maybe you love it, maybe you hate it, and maybe you just haven’t tried the right one. This versatile grape is the chameleon of varietals, with a play-doh like malleability that allows it to take on a huge range of styles.

From old world to new world 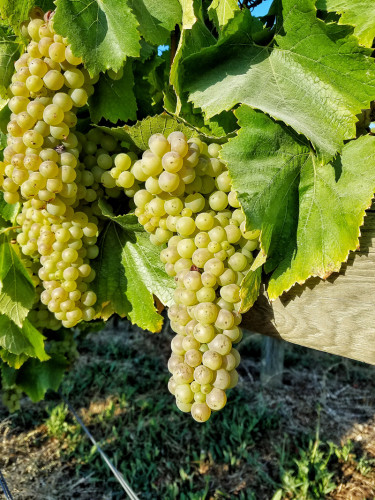 Chardonnay ripening on the vine in Carneros.

From its ascent in Burgundy, Chardonnay then became a fixture in Champagne, where it’s one of the three principal grapes used to produce the world famous sparkling wine.

Then you have the “New World” approach, or what some might call “California style” Chardonnay. The warmer weather steers Chardonnay toward a different personality. It’s usually darker yellow in color, with ripe tropical fruit flavors, thick texture, and less acidity. Brands like Rombauer push the limits of new world style Chard with their super-rich, buttery style that you either love or hate.

Geography isn’t the only factor in determining if a Chardonnay fits the old or new world mold. There’s no “one size fits all” approach you can apply to Chardonnay from any single region. Each style is as much guided by weather and climate as it is by a winemaker’s philosophy. 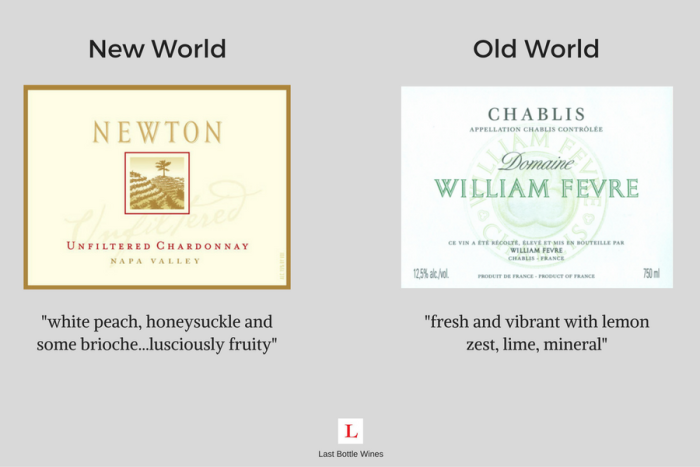 Some winemakers stand firm in their belief that old world approach shines light on the purity of Chardonnay while others believe their new world style amplifies the fruit’s character. Others bridge the gap between both styles. Neighboring producers in Sonoma and Chablis can produce vastly different Chardonnay using the same exact grapes depending on their winemaking decisions.

By itself, Chardonnay has a fairly neutral flavor. When it comes in contact with oak, a lot can happen. Oak’s dramatic impact on Chardonnay can include:

Some winemakers blend various lots in different types of oak, mixing new and used, or alternating toast levels and working toward a final master blend of their choosing to get the exact profile they’re looking for.

They don’t call oak the winemaker’s “spice rack” for nothing. 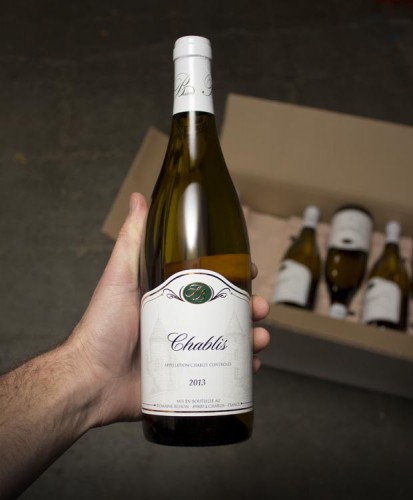 Whether by tradition or just their personal preference, some winemakers don’t use any oak. They might choose to ferment in stainless steel or concrete eggs instead.  Their “unoaked” Chardonnay stands out as a pure expression of the grape.

Unoaked Chardonnay isn’t always crisp and racy though. If the winemaker introduces malolactic fermentation or keeps the juice fermenting on lees, the texture and flavor can change dramatically.

Let’s talk about the ubiquitous buttery note you find slathered all over some Chard. It probably the most polarizing aspect of Chardonnay. 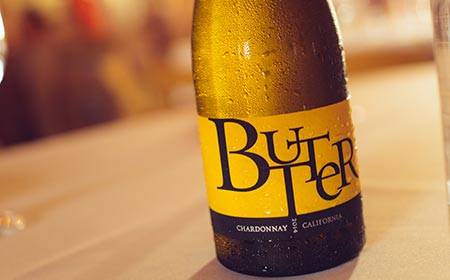 Wine contains a lot of acids, one of which is malic acid. This gives wine a green apple taste – especially notable in Chablis. If a winemaker decides to add certain bacteria into the mix, malic acid turns into lactic acid. When this happens, another byproduct called diacetyl is produced, which tastes just like butter. 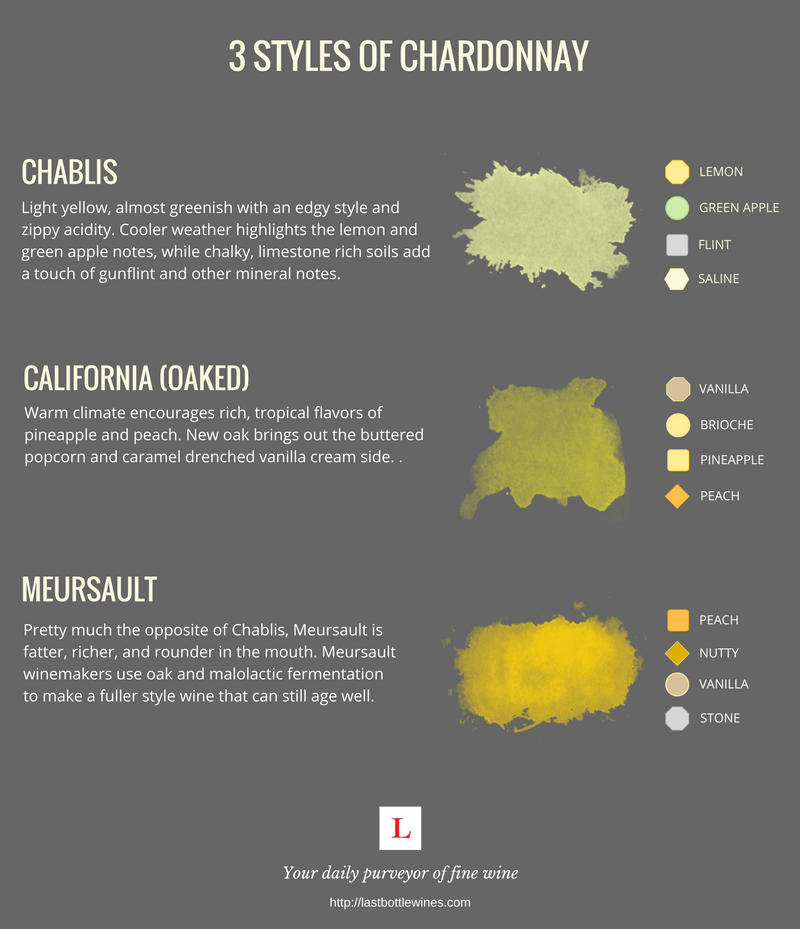 Sometimes you’ll read that a wine has 30% ML and was aged in neutral oak barrels. Others might go full 100% ML. Just like oak, the amount of “malo” depends on the winemaker’s preference. Some feel it brings a perfect harmony of flavor between the oak and Chardonnay’s natural profile. The biggest butter bombs combine 100% malolactic and lots of new oak.

There’s one more winemaking decision important in shaping Chardonnay. Lees include dead yeast cells and other sediment that falls to the bottom of the barrel or tank during fermentation. As they break down, all sorts of amino acids, proteins and other little flavor shaping compounds release. Some winemakers like to stir the lees, a process called Bâtonnage. As the lees come in contact with the wine they impart these subtle flavors into the wine.

Aged Chardonnay
Serious collectors know there’s nothing quite like a well aged Meursault or Chablis. High acid wines tend to age better which is one reason most of the highly regarded examples come from Burgundy, where the wines have naturally higher acidity. Of course you can still age a good California Chardonnay ten years or more. Over time the secondary and tertiary aromas and flavors develop and the color deepens into a darker yellow.

Chardonnay is the most widely planted varietal, occupying nearly 400,000 acres in vineyards around the world. Few other wine grapes have such a broad range of styles. If you’re part of the “anything but Chardonnay” crowd, maybe you’ve just been drinking the wrong styles and it’s time you gave it another shot.