Semillon is a fascinating grape hailing from the Bordeaux region of France. It produces a crisp and flavorful white wine similar in some respects to Chardonnay and Pinot Gris, but totally unique in its own way.

Like several underdog grapes that have been discussed in other posts, Semillon has humble origins as a blending grape, famously used as a primary component in several popular French wines, namely White Bordeaux and Sauternes. Occasionally it’s made as a single varietal wine. 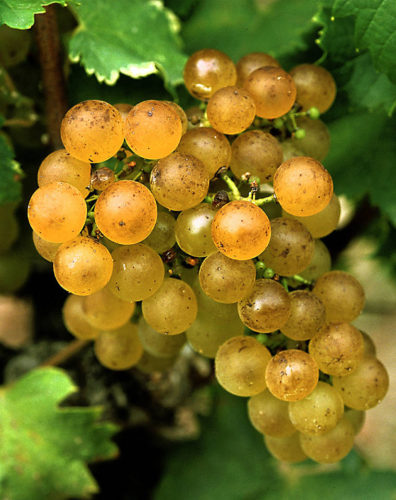 As mentioned, Semillon is the third most planted grape in France, covering approximately 28,000 acres throughout Bordeaux, mostly in the Sauternes and Barsac regions.

Most Semillon vines average 40 years in age. Bordeaux has long relied on it as a component of prominent white blends. Historians suspect that because of its use as a blending grape, at one point Semillon was the most widely planted white varietal in the world.

It spanned the globe in planting but its overall presence declined over time. At one point, Semillon was planted in 90% of all of South Africa’s vineyards. Today it inhabits a paltry 1%. The need for new sauternes vines to replant and sustain became so great that in 2008, seventeen winemakers in Bordeaux formed a cooperative specifically to grow and maintain clones.

One of the most interesting parts of Semillon’s history is that even though it is the third most widely planted grape in France, the Hunter Valley region in Australia gets credit for creating the some of the most exceptional single varietal Semillon.

Beyond France, Australia contains the most acreage of Semillon wine, covering 15,500 acres across both Western and Southern Australia. Hunter Valley is the most prominent producer on the continent, famed for their unique quality of Semillon wine. This version has low alcohol, high acidity and a notoriety for being able to age extremely well.

Not much Semillon grows outside Australia and France. South Africa, Argentina, the United States and Chile all have under 3000 acres of this grape planted.

While relatively hardy and easy to grow, this grape needs perfect conditions to really thrive. As you might expect, the resulting wine reflects the conditions and climate where it was grown.

Warmer climates like California, South Africa, Argentina and South Australia bring riper fruit like mango, yellow peach, passion fruit and papaya. Most of these regions will use oak-aging to add rich, warm flavors and a little more texture to the wine as well.

In contrast, the cooler climates of France, Western Australia and Washington produce a Semillon that tastes more similar to Sauvignon Blanc. The grape doesn’t ripen as much, which results in more acidity and sharper citrus flavors and floral notes.  lime juice, pear and green apples and fresh grass. The micro-climate of Hunter Valley as well as the famed Barossa Valley’s in Australia produce a highly acidic, pure version of Semillon wine with these style notes.

One of the most sought after wines in the world comes from Chateau d’Yquem, the only sauternes to achieve premier cru growth status in the 1855 classification of Bordeaux.

While most Semillon is used to make dry wines, in the Sauternes region of Bordeaux they let the grapes hang on the vines long after everything else has been harvested. Eventually, if the conditions permit, botrytis (fungus) sets in.

It may sound strange to use fungus infested grapes in a wine, but oddly enough the rotting clusters create some extraordinary new flavors. The grapes shrink a bit and the sugar levels become more concentrated. The end result is a wine rich with sweet and tropical fruits, roasted nuts and honeyed flavors.

While young, this white wine will appear pale yellow and watery in the glass. A little time in the bottle and oak-aging provide a beautiful pure golden hue that gets darker as time passes. 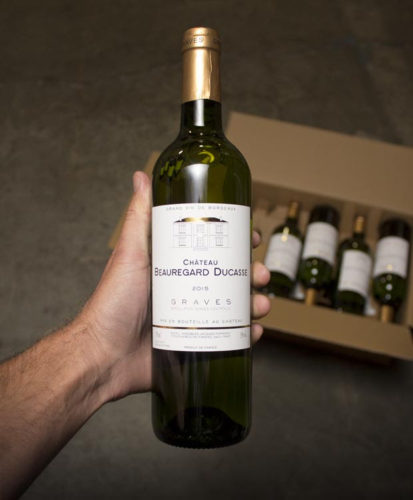 Semillon tastes in many ways similar to other whites like Chardonnay, Pinot Gris and Sauvignon Blanc. As mentioned above, climate has a big impact on flavor. Anything from lemons, citrus, grass, green apple and flowers to the sweet and rich fruit flavors of passion fruit, mango and papaya might show up.

One distinction that can help you easily identify this wine comes from its waxy texture and taste that many compare to lanolin.

When serving, attention must be paid to whether the wine was oaked or unoaked. It is appropriate to serve oaked Semillon at 52 degrees Fahrenheit, while unoaked should be served cooler, at 45 degrees Fahrenheit.

In fact, Semillon is delicious with a lightly buttered and seasoned fish like halibut, red snapper, or cod. Also goes well with oysters and scallops.

Foods with too much spice and flavor can overpower many Semillon wines, but some Indian dishes, particularly yellow curry, as well as Asian spices and heavy cinnamon flavors can make an excellent pairing.